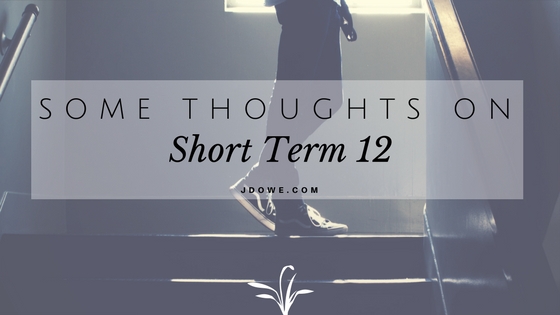 Short Term 12 characters treat each other as people. Maybe that’s not radical, but it demonstrates human capacity to connect without erotically coded power structures.

The term 'male gaze' was coined by Laura Mulvey to describe this phenomenon.

The Male Gaze in Film

As much as this theory has contributed to feminist film criticism, it's also limited by its failure to take other aspects of dehumanising cinematic gaze into account. Mulvey describes the experiences of a particular group of women -those socially normalised- as the experiences of all women, including those of other marginalised social groups. She ignores the intersections between the male gaze and other forms of discrimination and fails to consider how these issues manifest differently over time and across cultures. This creates disparities within marginalised groups of people, wherein subversions of patriarchal structures become focused on privileged groups of women, often ignoring or diminishing other aspects of social inequality. Mulvey critiques a binary idea of male/female power - but in doing so she ignores intersections of race, class, and LGBTQI+ identity struggles.

Short Term 12 is one of my all-time favourite films, and a huge part of its appeal lies in cinematic choices that subvert the male gaze while representing well-rounded characters who interact with each other sans any erotically coded power struggles. The characters’ interactions demonstrate their ability to engage with each other in a real, meaningful way. They are able to connect on equal footing within patriarchal, racial and class structures. I don't know if that makes it radical - or even useful - in dismantling oppressive structures. After all, imagining a place where oppression doesn't exist does little to change the state of the world as it is.

That said, these structures never really disappear (all of these kids are "underprivileged" - direct quote) however this film does manage to create a space where people are treated as people.

In mainstream film scenes often eroticise female character's everyday activities through techniques such as lingering camera shots and close-ups of body parts.Short Term 12 has ample opportunity for perusing the bodies of female characters, but doesn't. Instead, shots focus on close-ups of faces and hands to represent vulnerability, or full/upper body shots without emphasis on sexualised body parts. You can look at women, but they aren't there for your visual pleasure. That's not to say that visual pleasure isn't there - Short Term 12 is aesthetically brilliant, but it's a brilliance that is created through aesthetics of lighting, scene, and mood. The camera is more interested in focusing on the characters’ faces and actions.

Short Term 12 creates a space in which the most vulnerable are prioritised and people of intersecting otherness interact in equal and genuine ways. This is demonstrated during the opening credits. They give us a glimpse into the internal lives of the residence. No one's body is used as a spectacle - they're just kids going through their daily routine. 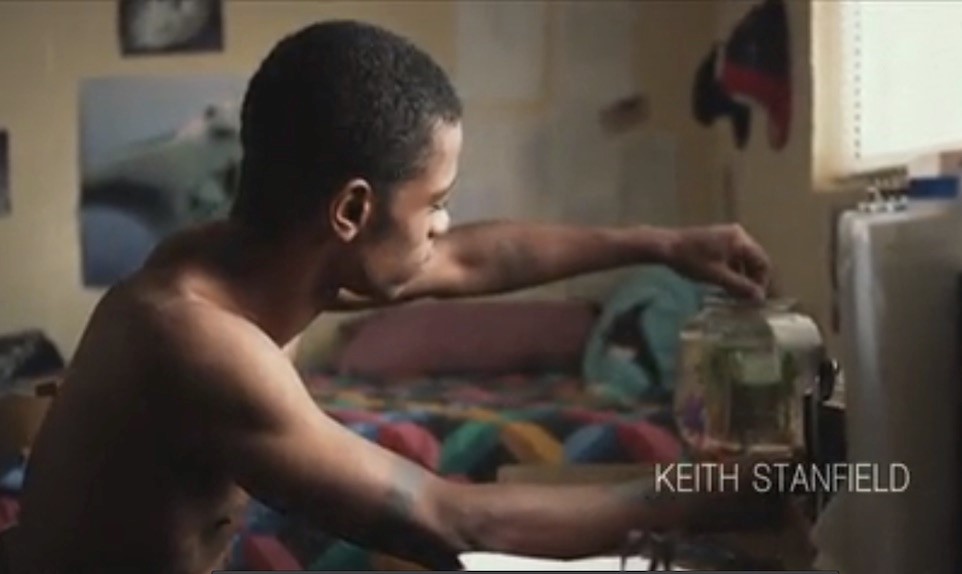 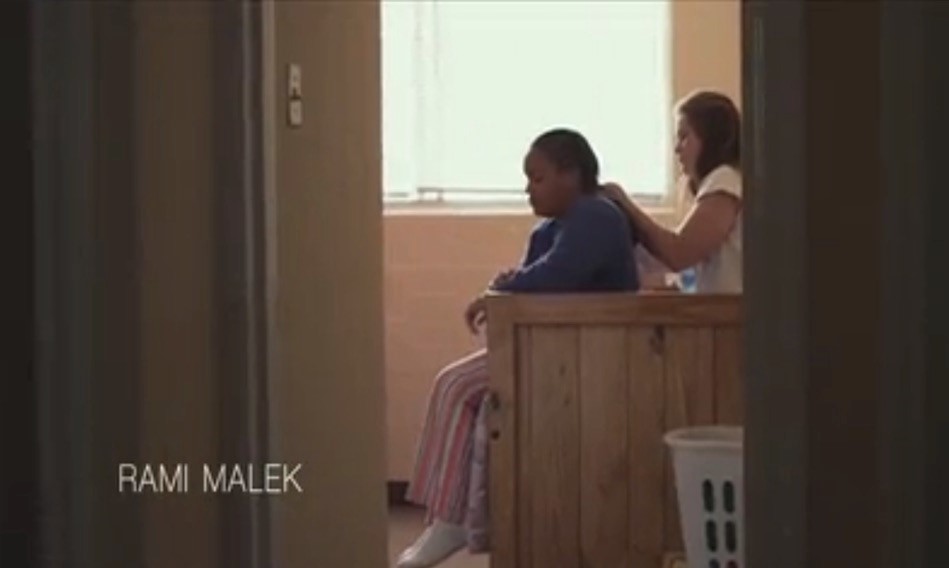 Nate represents the presumed middle-class viewer, who is out of his depth because he is working in a place designed to give a safe space to marginalised individuals. The viewer is reminded of this fact after Nate witnesses one boy attack another:

Jessica: are you okay man, how do you feel?
Nate: Not Good. I mean that was crazy. They just fight like that?
Jessica: Nate. I’m not asking you how you’re feeling.

This scene confronts the audience in their role as the surveyor. It positions the film as the means to give a voice to the ‘other’, rather than presenting them for viewership. 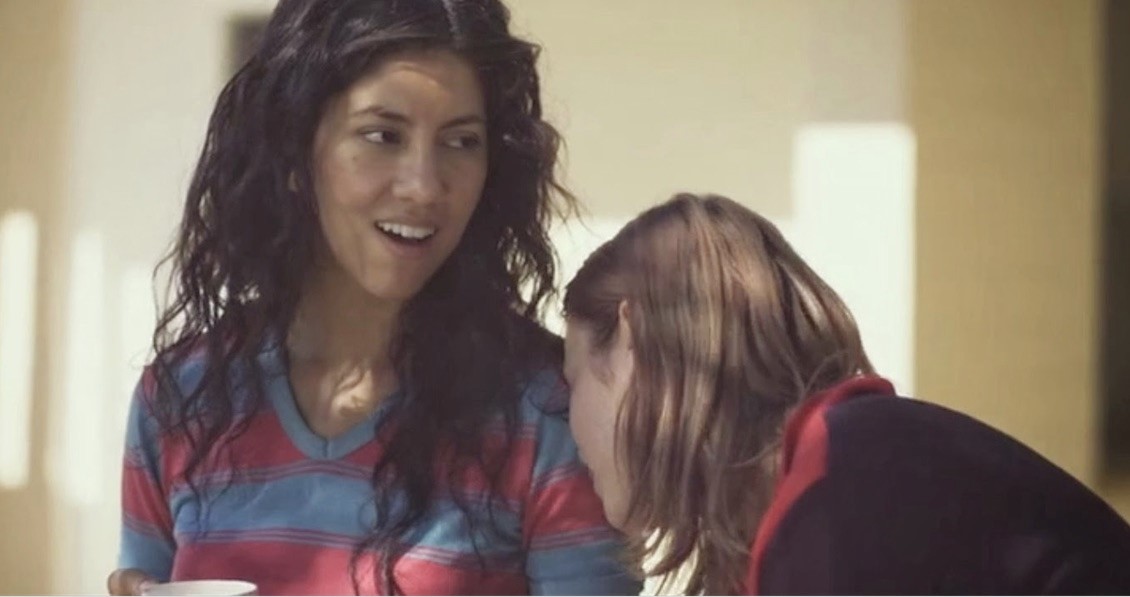 While Latina actresses (and people) are pretty often coded as hypersexualised and not much else, the camera never focuses on Jessica’s body and she is given her own characterising moments. She is not there to signify the sexual other but to engage with those around her as a human being during the course of her employment.

In Murder by the Book, “the White, male gaze” discussed in reference to the exoticised sexualisation of Black women as a sexual other to White women [1] and “representation of Blackness as a … perception built upon an historical idea of Black people as objects” [2]. While Short Term 12 focuses on white protagonists, it does subvert the White Male Gaze through representations of Kendra and Marcus. While Kendra barely speaks in the movie, she is seen in cut scenes interacting with her environment in a way that suggests both interiority and engagement with others. 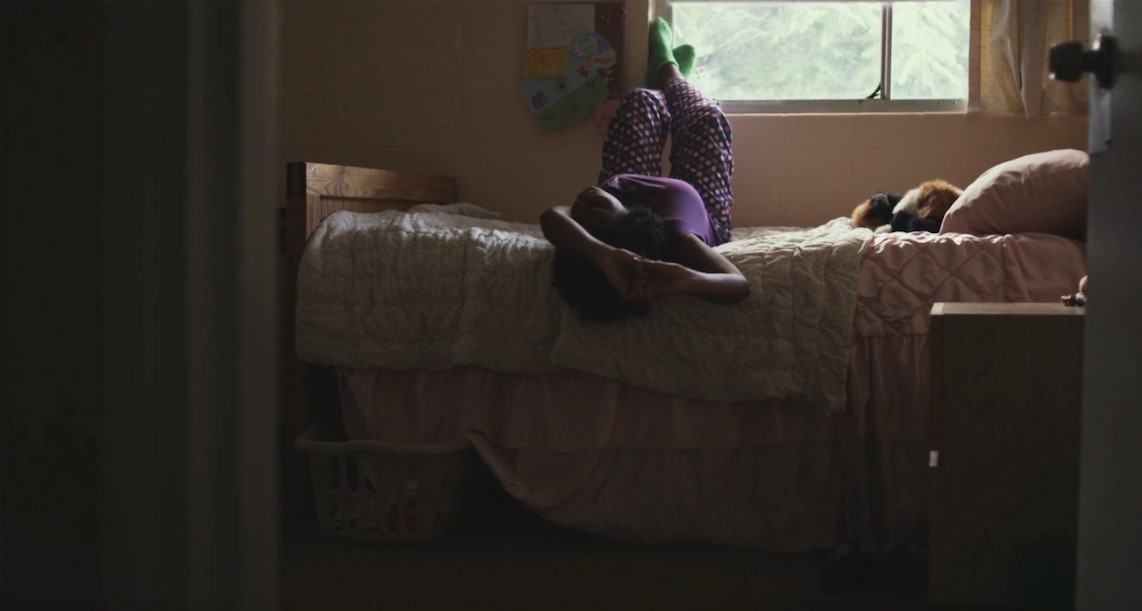 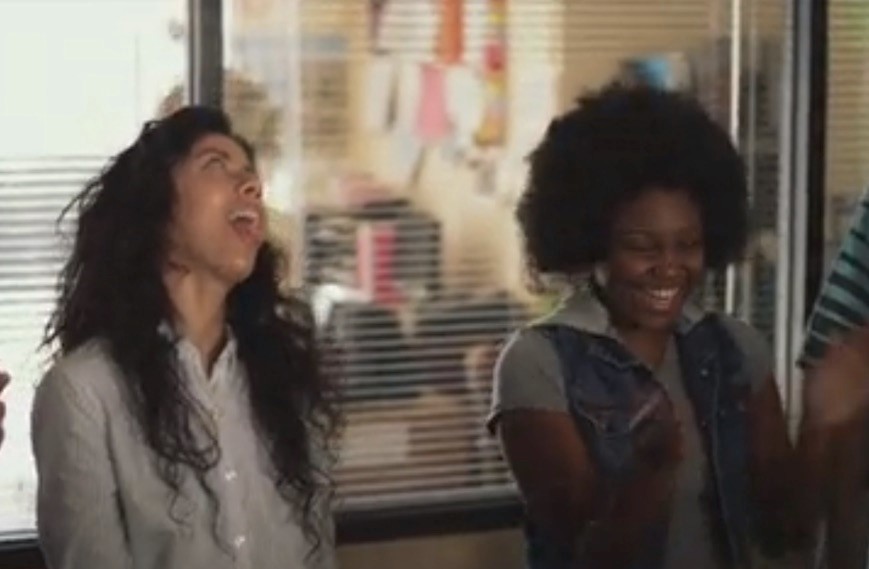 Marcus struggles with a range of emotions as he attempts to move into the adult world and deal with the pain of *The abuse he suffered throughout childhood. He is not represented through traditional Hollywood stereotypes or distilled into the “Brute Negro”[3] stereotype, which would pose him as having “magical manipulation of women and children … combined to maintain a permanent sense of threat”[4]. He is neither hyper-sexualised nor threatening to the white female characters. Instead, he demonstrates a range of complex emotions and is a nuanced and interesting character. 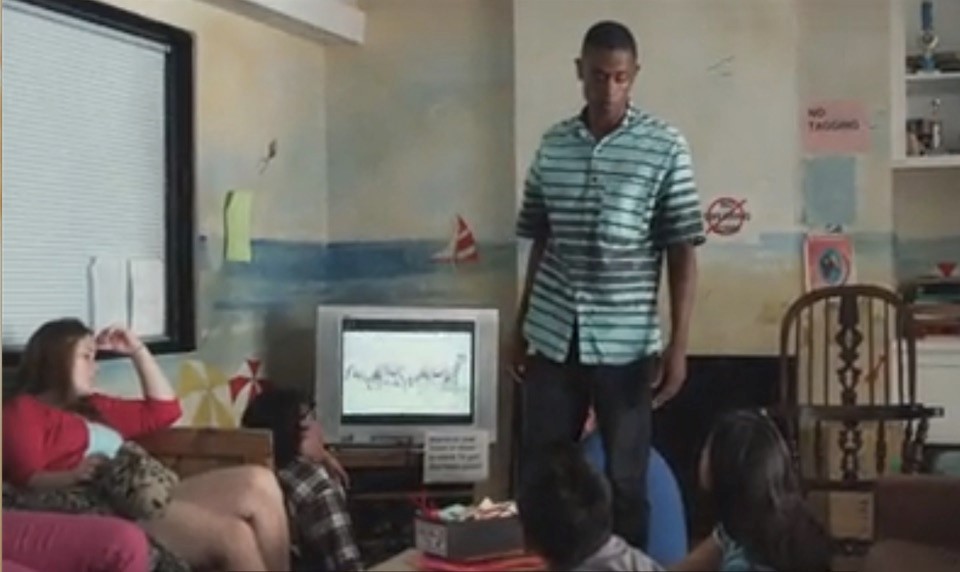 In the scene where he reacts violently to an insult involving the mention of his abusive mother, he is neither demonised for violence nor glorified for masculinity. Rather he is encouraged to talk openly and is given support and understanding. Short Term 12 portrays a space where the vulnerable are given priority, and where emotions and vulnerability are not seen as weakness. This directly subverts the gaze as a construct designed around a binary system of strong/weak and dominant/submissive. 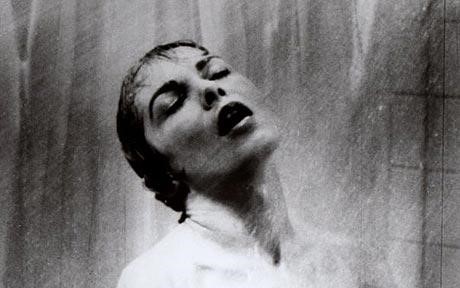 Psycho (1960): Marion about to be violently murdered

Sexual violence against women in films often functions as a form of masochistic pleasure. Because the female subject is constructed as inferior, it is acceptable to subject her to violence for the sadomasochistic pleasure of the audience[5]. In Psycho, the woman as a threat of castration is violently destroyed. The stabbing here functions doubly as a symbol of penetration, and therefore male sexual dominance over the inferior female subject. In contrast, the shower scene in Short Term 12 is framed around Grace’s internal struggle and involves close ups of her face rather than sexualised parts of her body. 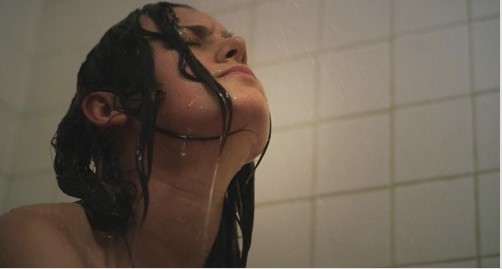 The violence enacted on Grace and Jaden is not shown on screen, but rather the film chooses to explore the effects of trauma. Rather than being constructed as “woman-as-victim” [6], both characters demonstrate a range of emotions and actions over time. and tThe camera focus on their hands and faces conveys feelings of grief and anxiety. Grace and Jaden are not rendered passive; they are both presented as complex human beings reacting to traumatising situations and finding ways to seek help through their process of self-healing.

When it comes to eroticism, visual pleasure in film often encourage the audience to view the other as an object and a spectacle. it relies on the 'other' status of the bodies It portrays to depict eroticism in a safe, contained way. Short Term 12 allows the audience to engage with all the characters in a meaningful way, using visual depictions that encourages the audience to feel empathy rather than lust. Short Term 12 demonstrates that it is possible for socially ‘othered’ individuals to engage with each other and undergo healing and emotional growth while living under the radar of oppressive social constructs.

This doesn't solve any large social problems, but it's a damn good movie. You should watch it.