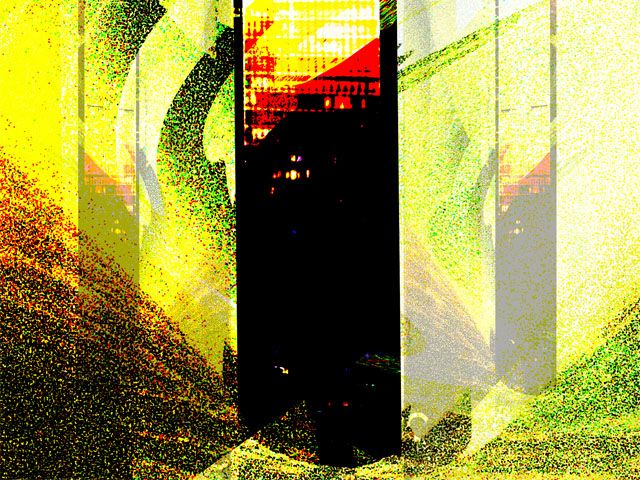 what do you type? she asks from the   corner, a

section of wall with
a square shape left, an imprint between scorch-marks

where did you learn to

she has Grey hair
falling in strings
around her dark face

I have never seen someone
so old

I will rise and walk with the sun on my head.
Will you walk with me, will you follow the dead?

I’ve got a pocketful of emptiness for you, my dear … um …

She doesn’t understand you, Rana.

She might
I’ve got a heart like a loaf was baked yesteryear
I wish I had the usb … wait, I know …

She took my hand in hers. I stared down at the eerie smoothness spread over her knuckles, the pale brown beneath her glossy fingernails. Mine are cracked and yellow. They scrubbed and disinfected me until my skin was a patchwork of orange and purple, covered in red scabs. When I look at it I know that I’m not in my body anymore.

Her skin is dark and her face glows.

….====“I’ve a mind like ashes split a week ago
I’ve a hand like a rusty, cracked corkscrew

------------It’s a dim room where I lay on a flat surface surrounded by voices or the sounds of breathing for endless stretches of time. There are five people here. Four of them found me and the other one sticks me with needles and forces me to eat.

I stared back into Rana’s eyes, gentle and crinkling at the corners. I felt a pressure rising in my chest, pressing up the back of my throat. I pulled my hand away.


I rolled around and stared at the black ceiling.

for three decades
she said – 30 years

It was and it wasn;t

if you were there
You’’d know.

I rolled over and
looked at her she was
watching me from her corner of
the room. She
smiled

surrounded by the ocean

in April
the waters rose fast
heated up at midday, and then evaporated

she wasn’t meant to keep
the poems

There’s fabric over the windows, patterned with tiny lumps woven inside the fabric. It sucks the air in, drawing itself into the room in a curve, and then whooshes back out again. Sometimes I sit up and stretch out my hand from the bed to get a piece of that strong rush of air. It’s the only part of the room that can make you damp with sweat or shivering with cold. Everywhere else it’s just the samesamesame and my body is a relentless reminder of difference.

They come in groups of white
strange bodies
fabric skin

she says shh, shh
you have to eat

like a mother bird, its
disgusting you shouldn’t
touch her

This is the last city
that we know of , she says

my mother brought me here on the last evac train

I grew up on this level

she says this place is m|o
n

s_can you flourish on nothing and find it good?
can you make petrification do for food?

I can’t tell
what she’s thinking, but she
always seems wary

the old woman
in the corner says
you’ve given them

a new kind of
hope

so you should be careful