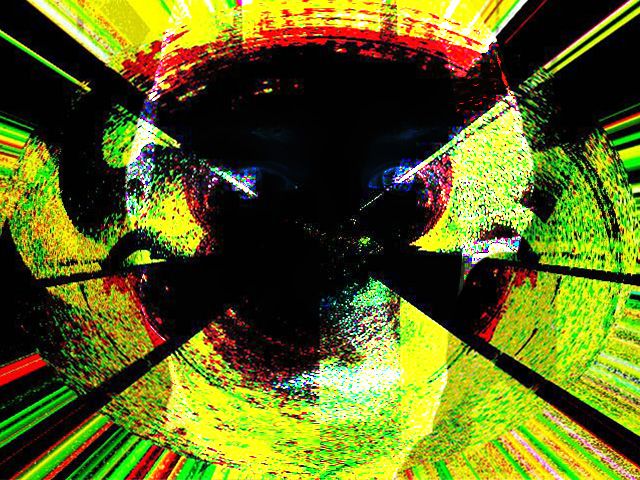 they showed me
to another pavilion, on the other side
above the graveyard
bleached white bodies
laid out a long way down

Nina – the rains always
uncover them

but they never seem
to wash away

Cora – but we don’t have
to go there, we have options

Jasper – why tell her this?
she won’t get to choose
or they would have asked her

not neccesairily yes no but
they'd want to
experiment, she's an odity

“I’ll talk to Simran,” Rana said
with a twisted mouth.

The whole pile was stripped white, my hands stained all over and the buzzing frustration in my head reduced to a low hum. Hanna was teaching me how to weave the strips together when Rana came in.
“I heard you were in here,” she said, brandishing the screen.
I smiled at her. She smiled back, dimples flashing, and settled herself down next to me.

I'm not allowed to sit outside since I tried to crawl over the railings.

today she reads
This pine tree by the rock
must have its memories too:
after a thousand years,
see how its branches
lean towards the ground

“Izumi Shikibu lived so long ago
but I feel like
I understand –
although the wind
blows terribly here,
the moonlight also leaks
between the roof planks
of this ruined house

my hands are
useless
I remember a large dome ceiling with a tall, blackened tree and watching a tall woman wandering around a white room muttering to herself and maybe a big, grime-covered building with vines all around the outside and deep black scars running through it in the distance and hot stone like fire and one small green thing coming out of the ground, crying and crying and crying and where’s my mother why am I here I don’t like it but we can’t take care of her she doesn’t know how to

Rana pulled me back from the edge with strong arms and soft hands that stroked my hair as she whispered shhh, shhh, you’re okay.

why won’t you just stand up stop crying say something it’s just so so so so much I can’t do it there’s this gnawing great big black monster in the back of my neck and she’s ripping me up with her big sharp teeth stop pulling out your hair bodies bodies bodies can’t you just
You’re okay. Shh. You’re okay.
I break the

gnawing on my arms
lying in the dark

with a handful of seeds

my hands are
useless

I leaned my elbows again my knees and placed my head in my hands so I couldn’t see the passing torsos, their attached heads greeting Cora as she huffed passed them with me bouncing a little in front of her like a big sack of paper. She wheeled me out onto the pavilion. All along the rails they’ve put long sheets of fabric, flapping around with large clapping sounds that overlay all conversations. She pointed to them, then tugged on my sleeves.
“All the fabric here is weaved with energy cells,” she said, “they’re like these … little tech things that absorb energy.”
She held out an arm so that her long, grey sleeve buffeted in the wind.

“I’m harvesting energy,” she said, and turned back to me, “so are you. Even when you’re lying still, your body produces heat.”

I stared at my hands, the tiny red marks left from healing.

warm
beautiful light
seeps into the plants
photosynthesis
“how much sign language
do you know?”

It’s nice to see you
outside again

why did you
give her that
she barely
moves

the greenhouses take up the whole roof, they are covered with shaded cloth that billow in the rough wind. It’s all for energy: absorbing energy, storing energy, running it all back down to the cells that power the city. Into irrigation systems that clean the water and water the soil and that way the vines grow all around the building and the insects eat the vines and we eat the insects and the fruit and the vegetables and all I’ve ever had before was

Mushrooms, Rana said, spilling a blanket of brown, earthy food over my lap I stared at it and she said

“I thought – her eyes won’t
adjust to light

and she can’t eat the food
without throwing up,
so. Maybe mushrooms?”
I poke one it’s
unfamiliar but
less

Plant life is all over the building, inside and out. Looking up or down from the pavilion, I see endless stretches of textured greens, purples, browns, and reds. On this level, I see the shrubbery planted everywhere, the vines growing around the sides of the railings, and the long, zagging soil patches built into the concrete floors to grow food.
“We don’t know what they are,” Rana says, pulling out a thin yellow stem and shaking the dirt from its roots, “but they grow like crazy and die just as quickly. Not before killing everything else, though. That’s why we had to destroy the lower five levels. Poured chemicals everywhere and set them on fire. Level one has non-toxic air now, so we use it as quarantine.”
she squats in front of me
through my new glasses
she is dusky
as always
I want to take them off and
see her colours

if not for the pain

the writing above you … do you remember?
it’s okay. I’m sorry, I’m just
so confused, I

can you explain it?”
I strain to
open my mouth

do you want our child
to be always last to eat?

we’ll take care of her

I will you’ll just